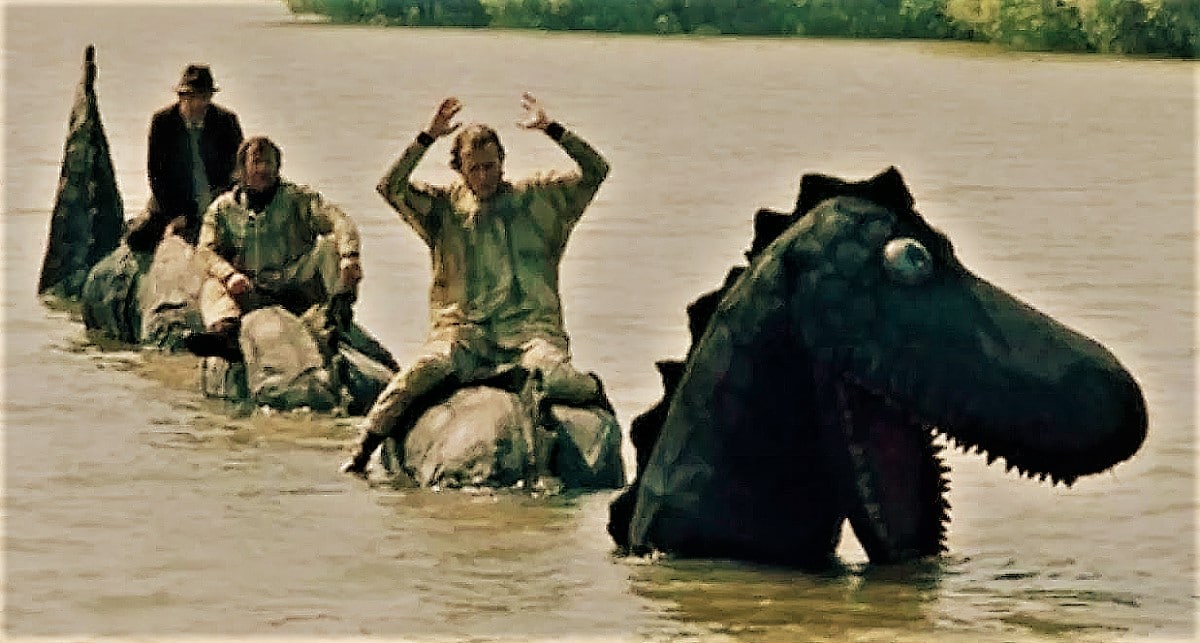 It’s been over 2000 years since an Irish monk first reported sighting of the infamous Loch Ness monster, but now scientist have some new theories on the age-old mystery.

Nessie is just a misunderstood eel.

It was 565 A.D., Irish monk St. Columba stumbled upon the burial of a local man on the coast of the River Ness in Scotland. His mournful buddies explained how a “water beast” had attacked the poor man, dragging him underwater to his death. Seemingly full of speculation and concern, St. Columba sent a faithful follower into the water to see the water beast for himself. The trapped worked. The mysterious killer appeared out of the water and headed straight for the human bait. But thanks to Columba, his nifty cross-wielding and stern demands to cease caused the creature to return to the depths from which it came. 2000 years later, and this tale of heroism is the basis for the origin of the Loch Ness monster.

Over the decades, catfish, sharks, swimming elephants, and even a prehistoric reptile have been blamed for the abnormal activity and sightings in the Scottish waters. While most of the encounters have been debunked, continual sightings and unusual occurrences still have the general public scratching their heads.

Researcher Neil Gemmell, accompanied by a team of international scientists, took to the river in hopes of putting this historic phenomenon to the test. DNA testing of water samples have worked in the past for discerning what creatures inhabit the River Ness. Gemmell and his team used this method to attempt to get to the bottom of the Loch Ness theory.

Understandably, the amount of eel DNA obtained doesn’t account for the individual sizes of each creature, so there’s no way of telling if there is a giant eel haunting the River Ness. These results haven’t stopped Gemmell and his crew from determining their results as foundation for a public statement declaring the likelihood of Nessie being a giant eel.

Myth-nerds like myself may still have hopes that Nessie is alive and well, but the giant eel theory has brought peace to the minds of the skeptical. With increasing advancements in DNA research and scientific-based mythological debunking, this new Loch Ness theory could be the first of many to come. While we still have no solid proof of who or what our beloved Nessie may be, one thing’s for sure, Wikipedia may have to change its description of Nessie from “mythical creature” to “giant eel”.

Like mythology as much as I do? Check out more of my blogs here and let me know what you think!