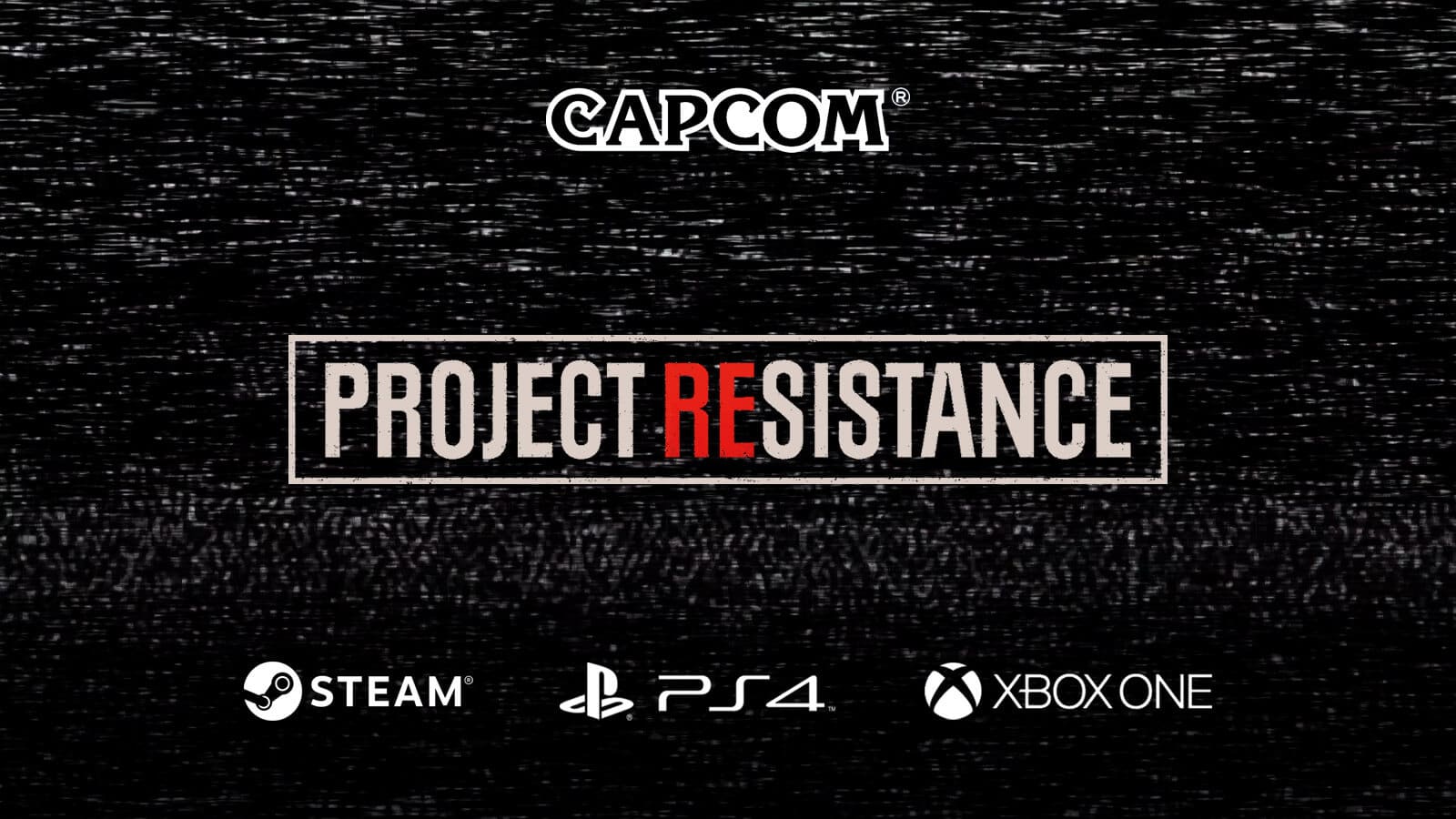 [vc_row][vc_column][vc_column_text]Earlier today, Capcom released a teaser trailer for a new entry in the Resident Evil game series titled “Project Resistance.” The game’s existence has been hinted at for many months now through various leaks and was theorized by many to be a team-based multiplayer game. These theories seem to be confirmed by the trailer which was released at the Tokyo Game Show.

The trailer depicts a group of four survivors armed with guns and improvised melee weapons moving through what appears to be a secret underground laboratory. Unbeknownst to them, the survivors are being monitored by a mysterious overseer who watches their progress remotely in a control room. This shadowy figure traps the survivors in a room and pits them against hordes of zombies, as well as iconic Resident Evil enemies like Lickers and even a T-103 Tyrant. The trailer ends with the mysterious man taking remote control of the Tyrant and facing down the survivors.

Judging by the teaser and what little details have been released by Capcom, “Project Resistance” appears to be an online team-based multiplayer game. The four survivors would seem to hint at four-player co-op in the vein of Left 4 Dead with some possible asynchronous four-vs-one elements similar to Evolve. This would not be the first time the Resident Evil series has attempted to make a multiplayer focused game; in 2003, Capcom released Resident Evil Outbreak on the Nintendo Gamecube, which attempted to add multiplayer elements into the series gameplay formula with mixed results.

Beyond these details, all that is known about “Project Resistance” is that it will use the same engine used by the highly successful Resident Evil 2 remake and that a closed beta will be available to Xbox One and PS4 owners in Japan. Capcom has also stated that actual gameplay footage will be released at the Tokyo Game Show in the coming days.

Cole Seger is a film director, screenwriter and blogger who works in production at NRM Streamcast and Ten6ths Productions. Cole displayed both a creative mind and a passion for storytelling at a young age. He studied filmmaking at the Motion Picture Institute of Michigan, where he was awarded “Best Short-Film Screenplay” for his thesis film.[/vc_column_text][/vc_column][/vc_row]