The past week has been a wild one in the sports world with NBA Free Agency, the Women’s World Cup, MLB All-Star rosters announced, and Tyler Skaggs passing away. 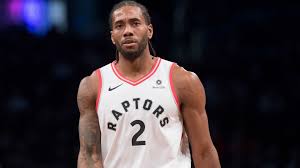 On Sunday night at 6pm, NBA free agency officially opened and the money went flying quickly.  Superstars like Kevin Durant, Kyrie Irving, D’Angelo Russell and more got their big paydays and new threads.  With close to $2.9 billion being spent (yes BILLION with a B) within the first 24 hours, teams seemingly paid to get their targets or missed out.  Since the Durant sweepstakes completed, all eyes now turn to the Kawhi Leonard sweepstakes.  Leonard has already met with the LA Lakers, LA Clippers, and the Toronto Raptors organizations, who are the only three the NBA Finals MVP is considering.  All eyes will be locked on Kawhi until his decision is announced, as it could change the landscape of the Western Conference if he were to head out to either LA organization, or keep the Raptors standing as one of the powers in the East.

As the 2019 FIFA World Cup Quarterfinals came and went, the four remaining national teams for the United States, England, Sweden, and the Netherlands began planning for their semi-final matches.  With the first semi-final on Tuesday, the fans in Léon, France witnessed the United States take down England 2-1 and solidify their spot in a third straight World Cup Championship game.

Prior to the game, the United States announced that forward Megan Rapinoe would not play in the team’s semi-final match against England.  Even with Rapinoe out, the United States started out strong with a goal headed in by forward Christen Press in the 1oth minute of the match. England answered back with a goal by Ellen White just nine minutes later to tie up the score 1-1. Thirty-one minutes into the match, the U.S. took the momentum for the rest of the game after forward Alex Morgan put the game-winning goal into the back of the net, celebrating with some “tea.”

Now the United States waits to see whether they’ll match up against Sweden or the Netherlands for the World Cup title on Sunday.  The loser of the Sweden/Netherlands game will play against England on Saturday for a chance at taking home third place at this year’s World Cup.

In just under a week, Cleveland will be the place to be for all of the MLB All-Star festivities.  This week was when we learned who made up the reserves and pitching staffs for both the American and National Leagues.

The 2019 MLB All-Star Game takes place on July 9th at 7:30pm from Progressive Field in Cleveland, OH. Be sure to catch the game on your local FOX station.

On Monday afternoon, the news broke that Los Angeles Angels left-handed pitcher Tyler Skaggs passed away in his hotel room in Texas, where the Angels were getting ready to take on the Rangers.  Upon the news breaking, the game between the Texas Rangers and Los Angeles Angels was postponed.  According to sources, there were no signs of foul play attributing to Skaggs’ death.  The Angels and Rangers resumed their series Tuesday with the Angels winning 9-4. Afterwards, the Angels players talked with reporters on how hard it was to get back to the game after losing such a big presence in their organization.