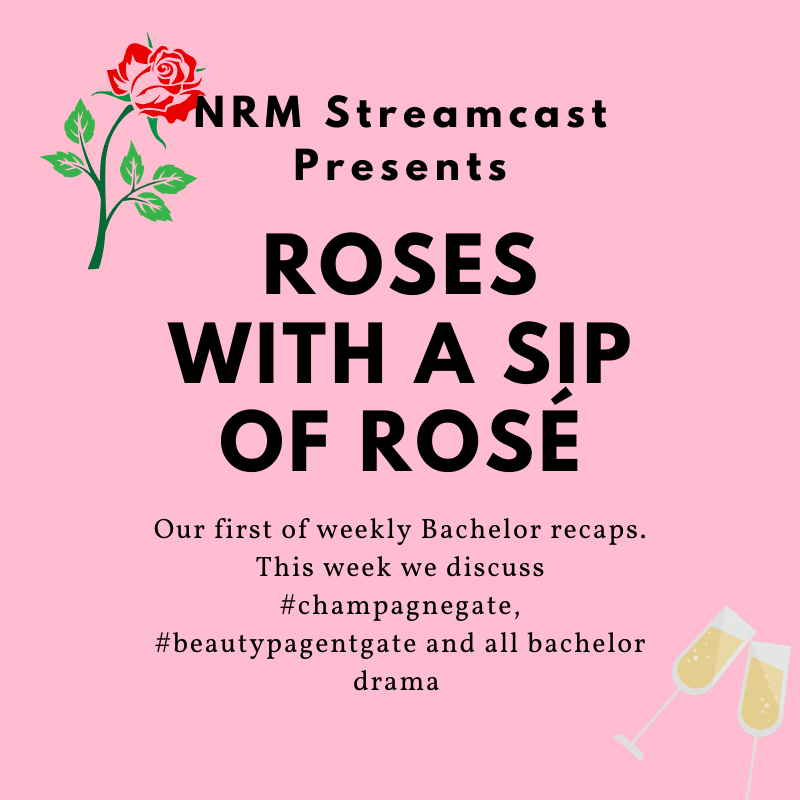 Drama is a synonym for the bachelor, don’t you think?

Is #Champagnegate Still a Thing?

This week, Bachelor continued with how the last one ended…  Kelsey crying and more drama.

At this point, I’m willing to start a Go Fund Me page to buy her a new bottle of champagne, however, I’m sure she would still find a reason to cry about it. Hannah Ann is very adamant that she, in fact, is NOT a champagne stealer.

Bachelor’s favorite Nick Viall took a selfie-and captioned it as, “also not a champagne stealer”.

Kelsey and Hannah Ann sat down and had a “mature” talk about the whole champagne debacle. The top things that came out of this conversation were that Hannah Ann thinks fiasco is pronounced “finasco” and that Kelsey actually doesn’t even really like champagne?? I think I am officially over champagne.

Dancing Into The One On One Date of The Week

Moving on, Peter and Victoria P. have their first one-on-one date. Victoria P. is in my top five, so I have to say I was pretty excited about this date.

The date begins with the two of them shopping for cowboy boots and hats to wear to a local dance club that Peter is often spotted at. I never realized cowboy boots were a thing in California, but hey, at least Victoria P. got a free outfit for Stage Coach this year.

The night portion of the date was a typical bachelor-style date with Victoria spilling her guts out about her past. It was touching to hear how she became the person she is today and you can tell how genuine she was. Do I think she will be the next Mrs. Weber? probably not, but she would make a great bachelorette.

Move Over #ChampagneGate and Hello #beautypagentgate.

Just when we thought nothing could top #champagnegate this season, here comes the beauty queen Alayah saying some pretty interesting comments that could have been the result of too much red wine or, of course, the producers. There was a new rivalry cooking up between Alayah and Sydney that no doubt would be drawn out for the rest of the episode.

Instead of focusing on their individual relationships with Peter, the women love to tattle on each other.  Instead of letting Peter figure things out for himself, Syndey goes to him and complains about Alayah. From this point on, the only thing talked about was Alayah and the drama surrounding her.

Back at the mansion, Chris Harrison walked into the room to announce that there would be a pool party instead of the cocktail party.

While the pool party consisted of no one in the actual pool, it exposed many of the contestant’s opinions (but not facts) of Alayah. Honestly, at that point, I say send both Alayah and Sydney home.

The best part of the pool party was the scene with Madison, who has the least amount of drama. Let me just say, their chemistry is genuine and real (lol), so basically, Peter please send everyone home now and marry her. By the way, Madison, I am still waiting on your reply from when I slid into your DMs on Instagram asking you about what mascara you use.. just saying.

I don’t want to dwell too much on the pool party part, but to sum it up; Alayah used her beauty pageant skills to make up an excuse on command when he brought up Victoria P’s confession that they knew each other before the show. The confession doesn’t sound bad, but Alayah had told Victoria not to tell anyone that they knew each other, apparently because she didn’t want them to get in trouble. News flash, it’s fine to know other contestants beforehand, remember Caelynn and Hannah Brown?

Last but not least, the rose ceremony! It’s always a good episode when the episode ACTUALLY ends with a rose ceremony. The rose ceremony was pretty interesting because as the result of Peter’s confusion surrounding Alayah, Chris Harrison ended up taking what would have been Alayah’s rose away, resulting in more girls going home this week. We end up saying goodbye to Alayah, but maybe not forever… just check out the previews for next week’s episode.

I’d give this episode 3 out of 5 roses, kind of interesting but also kind of boring. Next week looks MUCH better.