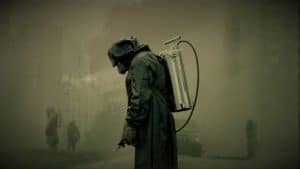 Some of the best tales told are those rich with conspiracy, terror, and unimaginable trauma. This story is true, and its horrific events took place in the country my family calls home.

HBO’s Chernobyl miniseries came to a turbulent end last week to raving reviews. The month-long series of hard-to-watch entertainment told the story of the individuals and events behind the Chernobyl nuclear disaster. It is currently ranked as one of the highest rated television series on IMDB and its mainstream approach was able to reach audiences who would otherwise not be aware of the shocking historical events. But for those who experienced the devastation first-hand, the series brought with it memories of one of the most catastrophic incidences in our recent history.

My family comes from Navagrudak, a small northwestern town of Belarus just a few hundred miles from the Chernobyl radiation zone. Accounts of family members’ experiences in the radiation zones in the years after the event are tough memories to recall. My aunt traveled to the Belarusian countryside in 1991 where she was overtaken by the eerie silence that blanketed the thick forests. Her hosts at the time explained that many of the birds and wildlife had died from radiation exposure and fall-out, leaving the area bone-chillingly silent.

My father’s mission trip to Belarus several years later took him deep into the radiation zone. A church in the small southern city of Mikashevichy had asked other churches for help, but no one would come to their aid. My father was struck by the image of young women in turtlenecks and long-sleeves in the city, despite the dense Belarusian heat. After a service, my father’s group invited the locals to receive prayer. Many of the young women rolled up their sleeves to reveal large lesions and scabs that covered most of their bodies and scalps. Groups of younger children in the community showed signs of disabilities and deformities. These accounts still bring tears to my father’s eyes.

Even with the shocking images of radiation exposure and death in Chernobyl, the series doesn’t even begin to tell the whole story. The Chernobyl series gave American audiences the opportunity to delve deep into the events that took place after the explosion in 1986 and conjure up their own opinions on what really happened. I applaud the series for not being coy about the horrific effects the accident had on the environment and those living in it at the time. While it took great measures to encapsulate the trauma suffered by those effected by radiation, the five-part series had no chance when it came to exposing the scars that remain.

The news that Russia plans to release its own very own version of Chernobyl, where the Americans are the ones to blame, is proof the HBO series hit a sore spot. Many soviets believed Chernobyl to be the death blow to the Soviet Union. The apocalyptic fear caused by the event has left Eastern Europe with a limp, which is why the Chernobyl events seem to have been kept on the hush-hush for so long.

Chernobyl is a death trap of internet curiosity. It takes little effort to find all the facts on the event and even easier to watch tourists experiencing the since-restricted areas on a plethora of media platforms. In our modern age of social media and information sharing, Chernobyl has shockingly become the new best thing. Tourists have been flocking to radiation zones since the release of the series, eager to witness the desolation first-hand and to snap a couple bikini selfies in the process. Chernobyl is “cool” again, as a new-found fascination has enthralled audiences and sparked curiosity and intrigue. Unfortunately, many who have traveled to Chernobyl since the release of the series are lacking the respect the city and its previous citizens deserve.

The urge to educate oneself and take part in such historical events is understandable, as humanity tends to find pleasure in the morbid. But what’s most important is the respect. For the people and places that suffer the greatest losses, this isn’t just about a TV show or a chance to take a perfect selfie.

The YouTube channel Bald and Bankrupt follows a British vlogger and his travels through the Soviet Union. His episodes filmed in the abandoned town of Pripyat are a great way to see the current state of restricted areas in all its eerie barrenness. The host shows respect for the lives lost there and makes friends with a mother and son who remain in their run-down home. A simple gesture of kindness and offer of a glass of vodka sparked a friendship with the duo he still has to this day.

Film, television, and social media are a strong force. Stories of heroes and the bad things they fight against are sucked up into the mainstream like a milkshake on a hot day. It’s no sin to be interested and entertained by the events surrounding Chernobyl and the HBO series. Shocking content makes for high viewership. What matters most is that the characters depicted in true stories like Chernobyl get the respect and admiration they truly deserve even after the credits have rolled.

Have any comments? Tell me what you think! And check out my other blogs here!