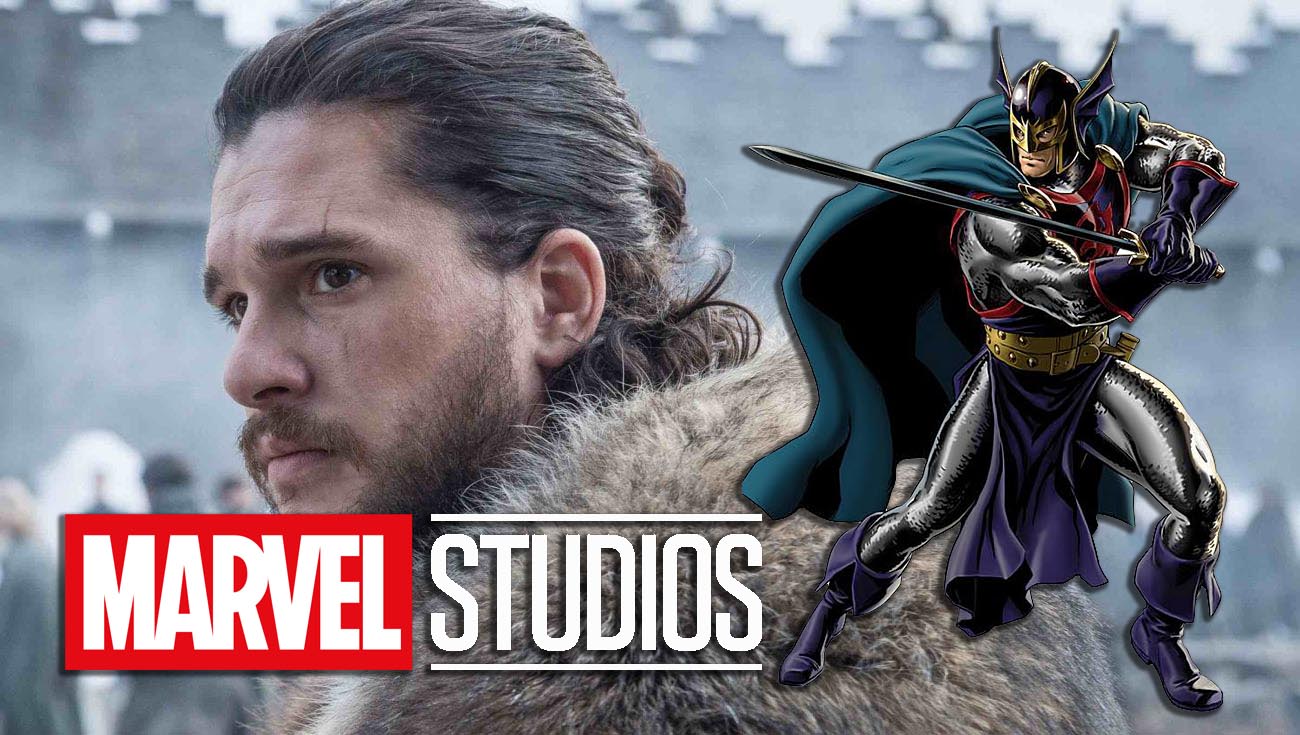 The English actor and producer was confirmed to be starring as the Black Knight in the upcoming Marvel film The Eternals, set to release in November of 2020. As it turns out, the Black Knight is a character that has a lengthy history with Marvel, dating all the way back to 1955.

It all started with Stan Lee and Joe Maneely, who created the character “Sir Percy of Scandia,” who was the original Black Knight. The character was supposed to expand Marvel’s (then known as Atlas Comics) range of content by focusing on medieval times. As the comic’s star, Sir Percy was a member of King Arthur’s court and a legendary Knight of the Round Table. He wielded a magical sword called the Ebony Blade that was forged by Merlin out of meteorite with armor to match. The original comic only lasted five issues, ending with Percy’s death, and that would be the end of the Black Knight’s story – for a while, anyway.

Nearly a decade later, in 1964, Lee teamed up with Dick Ayers to revive the Black Knight character, repurposing him into a supervillain who would often clash with the Avengers and Iron Man. This version of the Black Knight was actually Nathan Garrett, a spy who ended up discovering Sir Percy’s tomb. Nathan was a direct descendant of Sir Percy, but he was rejected by Sir Percy’s spirit when he was found to be unworthy of wielding the Ebony Blade. This angered Garrett who, out of spite, sullied the once-legendary hero’s name by turning to a life of crime as the new Black Knight. He created gadgets themed after the Middle Ages his predecessor hailed from, and even genetically engineered a flying horse (awesome!) named Aragorn to serve as his steed. He joined the Masters of Evil but was later defeated and mortally wounded by Iron Man. Before his death, he revealed the true history of the Black Knight to his nephew Dane Whitman, asking him to redeem the hero’s name.

Whitman fulfilled this request and eventually became a full-fledged Avenger. As one of “Earth’s Mightiest Heroes,” this latest incarnation of the Black Knight battled many supervillains, teamed up with the Defenders, and even traveled through time. Unfortunately, while the Ebony Blade grew in strength over the course of these adventures, it was also affected by a blood curse that corrupted its wielder, seeding within them an unquenchable thirst for more blood. Eventually, this curse took its toll on Whitman’s mind and body, and just as it seemed as though the Black Knight would be consumed by his weapon’s blood curse, Doctor Strange and Sir Percy’s spirit came to the rescue and saved his soul. Sometime after this ordeal, Whitman returns to the Avengers and becomes one of their leaders. It is during this time that he strikes up a relationship with Sersi, which is his connection to the Eternals.

In short, Marvel.com states, “The Eternals are a species diverted from humanity by experiments that were conducted by the Celestials one million years ago.” How Whitman and Sersi’s relationship will be portrayed in the film isn’t yet known, but the subject certainly makes for some exciting predictions. The Eternals’ story in general remains a closely guarded secret, but more details are sure to be revealed closer to the film’s release date. I don’t know about you, but personally, I’m excited to see Snow on the big screen in one of my favorite film franchises.

What do you think about Kit Harrington being cast as the Black Knight? Great choice or not so much? Either way, we’ll be waiting quite a while yet to see how this all shakes out, as The Eternals doesn’t hit theaters until November 2020. In the meantime, let us know what you think about all this in the comments below!