The dust has settled and the trade deadline a few days behind us it’s time to take a look at how Tigers GM Al Avila did overall on this years trading market.

The Detroit Tigers made two trades on the final day of the trading season dealing right-handed closer Shane Greene to the Atlanta Braves and right fielder Nick Castellanos to the Chicago Cubs.  Detroit received four prospects as a result of both trades but let’s delve a little bit deeper into the details and get to know the newest Tiger prospects. 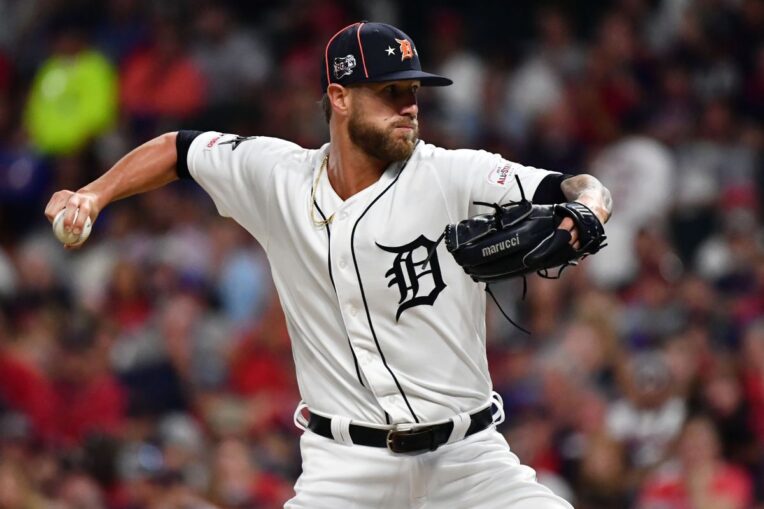 The first trade of the day that Al Avila pulled off was sending Shane Greene to the Atlanta Braves for LHP Joey Wentz and OF Travis Demeritte.  Atlanta had strong interest in Greene from the mid-point of the season and their need for a solid closer has been apparent especially on the final day of the trading season as their bullpen blew a three run lead in the ninth inning against the Washington Nationals.  Earlier in the day it was noted that the Nationals, Braves and Dodgers were all interested in acquiring the Tigers closer.  Atlanta was able to land the closer they needed, but did Al Avila receive a nice return for the Tigers? Personally I believe Al Avila may have given in a little to early when it came to negotiations.  Taking an outside look at this trade makes me wonder did Al push the envelope enough? Atlanta needed a closer and they knew that in order to maintain their lead in the NL East that was going to be the biggest component, however it seems as though Al took what was offered rather than taking the power in which he held and force the Braves front office into departing with either Drew Waters or Cristian Pache.  I will admit there wouldn’t have been much of a chance at acquiring Pache without adding in another piece to the trade, although Waters could have been acquired had the Tigers been a little more savy in waiting out the Braves till closer to the deadline.   Waters who like Demeritte is an outfielder is almost four years younger and has the ability to drive the ball from both sides of the plate.  Although I didn’t agree with the acquisition of Travis Demeritte, I am super excited for the edition of LHP Joey Wentz.  Wentz is a left-handed pitcher who has spent the entire season at Double-A which will stay the same as he is expected to suite up and join the already stacked Seawolves rotation.  Adding Wentz added another young lefty with the ability to give you innings and provide a steady dose of strikeouts while not fully relying on overpowering hitters with velocity.

With just over 40 seconds remaining before the trade deadline the Tigers were able to come to terms with the Chicago Cubs dealing Castellanos and netting two right-handed pitchers Paul Richan and RHP Alex Lange.  Castellanos’s departure from Detroit comes a benefit to both himself and the Tigers as they can now look to the future and hopefully find a true defensive right fielder.  While the Tigers needed to move on from Castellanos the Cubs boosted their lineup against left-handed pitchers with the acquisition and will be extremely valuable as they prepare to face a good number of top tier lefties if they come face to face against the Dodgers or Brewers in the postseason.  Meanwhile the Tigers acquired two controllable young right-handed pitchers who are currently at the lower and mid levels of A ball and the organization will have to play the wait and see game as to what their outlook will shape into.  My biggest concern going into the trade deadline was the Tigers not dealing Castellanos knowing that there would be a strong chance he’d accept any qualifying offer the Tigers would issue at the conclusion of the season.  Castellanos will look to build his free agent stock now with Chicago and I wish him the best of luck as this season has been a downgrade compared to the past few seasons.

Overall I believe Al Avila’s performance at this years trade deadline was good as he was able to grab three solid prospects and Demeritte who I’m still on the fence about.  Of those four prospects we should be seeing Travis Demeritte and Joey Wentz in the coming years.