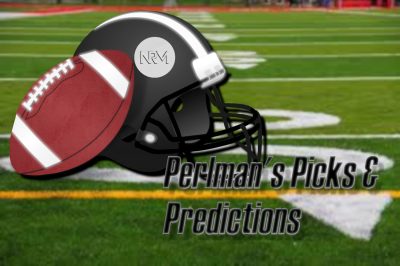 After going 3-1 in last week’s match-ups — thanks to an unfortunate bounce of the football — I’m back to provide you with match-up previews for the upcoming Divisional Round match-ups this week. Here are Perlman’s Picks for this weekend’s upcoming games:

Arrowhead Stadium is the site of the first Divisional Round matchup, as the Kansas City Chiefs (the #1 seed in the AFC) will be hosting probably the hottest team right now — the #6 seed Indianapolis Colts. The Colts are coming off a convincing 21-7 Wildcard Round win over the Houston Texans, while the Chiefs, having earned a top two seed, were on a bye week. Indianapolis enters this game having won 10 of their last 11 games, after starting the season 1-5, and it doesn’t seem like they plan on slowing down anytime soon.

The Chiefs’ offense is a quick-hitting offense led by Quarterback Patrick Mahomes III, Wide Receiver Tyreek Hill, and Tight End Travis Kelce. Mahomes, in his first full season as the Chiefs’ starting quarterback, has been absolutely unbelievable — throwing for 5,097 yards (2nd in NFL), 50 touchdowns (1st in NFL), and a 66% completion percentage. Tyreek Hill and Travis Kelce led the way for the Chiefs in receiving. Hill collected 1,479 receiving yards and 12 receiving touchdowns, while Kelce hauled in 1,336 receiving yards and 10 receiving touchdowns. Meanwhile, the Colts’ offense comes in with Quarterback Andrew Luck leading the way with great play from his receiver, and a solid running game backing him up. In last week’s game against Houston, Luck threw for 222 yards, 2 touchdowns and 1 interception, while completing 59.4% of his passes. Along with Luck having an efficient passing day, Running Back Marlon Mack was a workhorse for the Colts’ offense, rushing for 148 yards and 1 touchdown on 24 rush attempts.

On the defensive side of the ball this weekend, both teams will need to really step up if they want to keep the opposing offense off of the field. Look for the Colts to try and establish the running game early and go to it as often as they did last week against one of the better running defenses in the league. On the other side, the Chiefs will look to use the passing game and the run-pass option to keep the Colts’ defense honest and on their toes.

Another postseason, another home playoff game for the New England Patriots at Gillette Stadium, as the #2 seed Patriots are hosting the #5 seed Los Angeles Chargers. Since 2000, the Patriots have hosted at least one postseason game at Gillette stadium — 16 times out of a possible 19. Tom Brady and Bill Belichick have been one of the better Quarterback/Coach duos in postseason history, as they have a 25-9 postseason record entering this game, winning 7 AFC Conference championships.

Along with the 7-conference championship wins, the Patriots have reached 8 Super Bowls since the start of the Brady/Belichick era winning 5 of those 8 Super Bowls. Entering off of a very good showing in the Wild Card round is none other than the Los Angeles Chargers who come in looking to have continued success dominating on the defensive side of the ball, while putting up a strong offensive display.

Tom Brady leads the Patriot offense into the matchup against the Chargers’ versatile defense. Brady already has collected postseason records for many passing statistics, including passing yards (10,226), passing touchdowns (71) and is averaging 262.1 passing yards per game (which ranks seventh all-time). The Patriots running attack was led by rookie Sony Michel, who ran for 931 rushing yards, 6 touchdowns, and averaged 71.6 yards per game. Los Angeles comes in to Foxborough looking to continue their offensive success behind great quarterback play from Philip Rivers and a solid ground game with Melvin Gordon leading the rushing trio, along with Ekeler and Jackson.

Looking into the defensive matchup for this game is interesting, as the Patriots struggled to get after the quarterback, recording only 30 sacks (T-30th in NFL). While the Patriots have had defensive success in the postseason, historically this balanced Chargers offense could spell problems for this Patriots defense. The Pats have allowed 20.3 points per game. Although that was good enough for 7th best in the NFL, they still struggled tremendously against teams who were able to successfully utilize both the ground and passing games, and split the play-call between the two pretty evenly. Los Angeles, on the other hand, did a great job last week slowing down a powerful Baltimore rushing attack. They were extremely successful getting after the quarterback, recording 6 sacks and 9 tackles for loss.

With all of the success during the Brady/Belichick era, I believe they will always be ranked among the best quarterback/coach duo’s, however I believe this year’s Patriots will be outmatched by the Los Angeles Chargers’ strong defense and the hot, efficient offense.

Heading out west to the City of Angels, the Los Angeles Rams will be hosting the Dallas Cowboys in the matchup that I believe will be the most intriguing one this weekend. The Rams earned a bye last week after finishing the regular season 13-3 and winning the NFC West Division. Meanwhile, the NFC East Champion Cowboys enter this matchup coming off a Wild Card matchup win over the Seattle Seahawks.

Goff, Gurley, and Woods are some of the names fans will be hearing a lot of during this matchup for the Rams. Led by the 3rd year Quarterback Jared Goff out of the University of California, the Rams are looking to use their balanced attack to move the football effectively down the field against a very good Cowboys defense — who last week did a good job containing the opposing run game and not allowing many big plays. In the regular season, Goff threw for 4,688 yards and 32 touchdowns. Meanwhile, superstar Running Back Todd Gurley led the NFL in rushing touchdowns with 17, while running for 1,251 rush yards. Gurley also added 4 receiving touchdowns and 580 receiving yards.

For the Cowboys, Dak Prescott will be looking to be a little smarter and quicker with his reads as he goes up against a stellar Rams defensive line. Not only does this game feature Todd Gurley but it also features another superstar running in Ezekiel Elliott. Elliott ran for a NFL leading 1,434 yards during the regular season and had a great first postseason game last week, running for 137 yards and 1 touchdown on 26 carries.

Defensively, these teams have strengths in different areas. The Rams have probably one of the most intimidating defensive lines in the NFL with Ndamukong Suh, Aaron Donald, and Dante Fowler, Jr. While this front has caused massive problems for opposing quarterbacks and running backs, the secondary has to step up and really force the passing game into a different gameplan. On the Dallas side, the secondary and linebackers are going to be the groups to watch and see if they can keep up with (and slow down) Gurley and Goff.

Sunday afternoon, the Big Easy will be the place to be, as the Saints host the defending Super Bowl champions — the Philadelphia Eagles —  and their postseason superman Nick Foles. The Superdome will be loud and that’s the way this New Orleans team likes it. The Saints enter as the #1 seed in the NFC, after winning the NFC South Division and finishing the regular season with a 13-3 record. Meanwhile, the Eagles enter this game after a comeback win over the Bears in Chicago, in which Kicker Cody Parkey hit the upright and crossbar after the ball was tipped on the potential game-winning field goal, allowing these Eagles to move on.

Drew Brees leads the Saints into this matchup with one of his more talented offenses. Brees, along with Wide Receiver Michael Thomas and Running Backs Mark Ingram and Alvin Kamara, will look to explode all over this Eagles defense, who were able to do just enough to beat the Bears last week. This season, Brees threw for 3,992 and 32 touchdowns, while Thomas and Kamara accounted for 2,114 receiving yards, 13 receiving touchdowns, and 14 rushing touchdowns.

The Eagles enter this game after a good offensive showing last week, in which Quarterback Nick Foles threw for 266 yards, while throwing 2 touchdowns and two interceptions. Along with a good showing from Foles, the Eagles receiving attack showed up last week with 7 players recording at least 2 or more receptions. However, the Eagles will need their running game to show up and go off if they have any chance of winning, since only totaling 42 rush yards last week.

Look out for the Saints defense as Defensive End Cameron Jordan and the rest of the Saints defense look to get after Foles and make a statement in this game. The secondary for the Saints is much improved this season, and the addition of Cornerback Eli Apple at the trade deadline helped solidify this Saints defense. Over in Philadelphia’s corner, the Eagles are going to need their defensive front and linebackers to step up and contain a very smart quarterback and a hardnose rushing attack.

I believe the Saints are going to make this game a statement game, and look for them to roll the Eagles in this Divisional Round game.