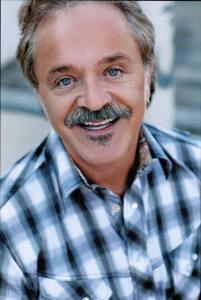 Motor City Comic Con has announced prolific voice actor Jim Cummings as the latest addition to its growing lineup! MCCC is Detroit’s largest and most popular comic and pop culture convention running from Friday, May 15th through Sunday May 17th at the Suburban Collection Showplace in Novi!!

Cummings is an Emmy Award winning voice actor best known for his lead role in the Darkwing Duck animated series and the voice of both Tigger and Winnie the Pooh on Disney Channel’s My Friends Tigger and Pooh.

Cummings’ time on the big screen includes appearances in blockbuster hits like Shrek, Antz, and Hook, to name a few.

Jim Cummings will host a Q&A panel and be available for photo ops and autographs Friday, Saturday, and Sunday. Pricing information can be found at www.motorcitycomiccon.com.