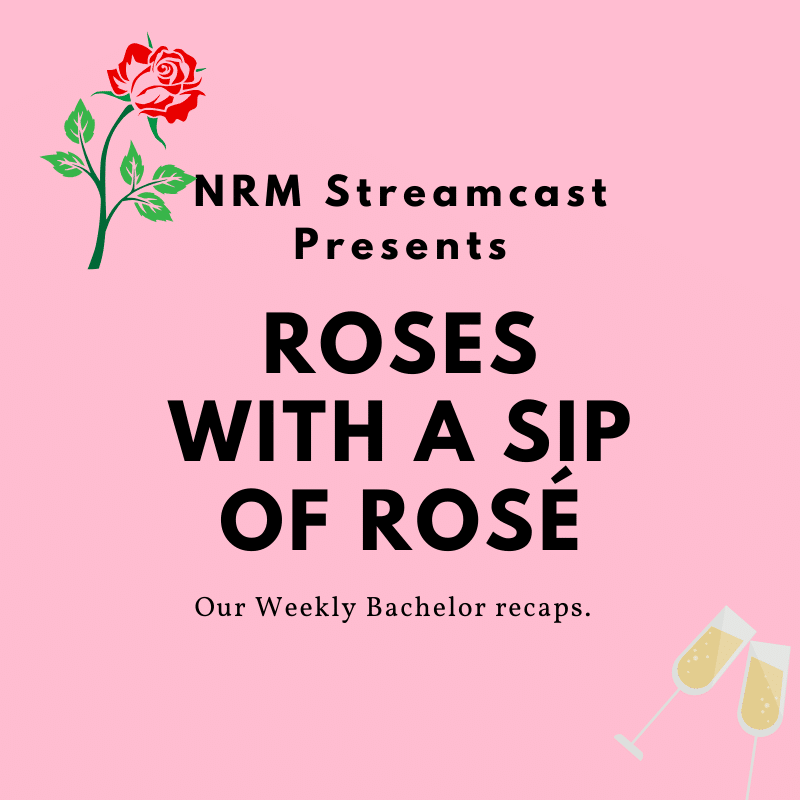 Rosé is Our Drink of Choice For Our Week 4 Recap

Grab your rosé… it’s time for another week of drama that is ‘The Bachelor’.

We start off this week with everybody’s favorite host Chris Harrison coming into the mansion to let the girls know that there would no date that day. After a minute of shock, he then tells them that Peter is not there but on his way to their next destination. Everyone is thrilled, but when Harrison tells them they are going to Cleveland, OH, there is a stark moment of silence.

Sip Your Rosé: a One-on-One Date or a Two-on-One?

Victoria F. and  Peter started their romantic date with a helicopter ride, which felt a bit ominous, as it was the day after the beloved Kobe Bryant, his daughter, and 7 others were lost in a tragic helicopter crash. Nevertheless, the couple flew around a bit and finally landed at Cedar Point, a popular amusement park in the area, for some casual meandering.  They ended this part of the date with a typical private concert, but this time, Victoria noticed the singer right away like none other than her ex-boyfriend, Chase Rice. The best part of this situation is he has to sing to her and her new “boyfriend.” It was a better moment than any to take a big sip of her rosé.

This is where the drama becomes annoying because it obviously has the dirty work of the producers written all over it. You could tell that Chase and Victoria had no idea that this was going to happen, and poor Peter was left in the dark about the whole situation. It was a continual freak-out from Victoria from the moment she laid eyes on her ex. At the end of the night, she came out with her truth to Peter and after some awkwardness and rosé, she got the rose.  The most important thing I got out of this date, however, is that Chase Rice is single…. Hey Chase, I am also ‘lonely if you are.’

A Rose Given to a Ghost?

Oh, how I love seeing a good ol’ game of football between a group of girls all fighting for more time with their shared boyfriend. 13 girls and only half of them would make it to the night portion of the date. Who wanted Peter more?

Hannah Ann said it best, these girls were OUT for the kill.

In the end, both of the teams tied resulting in all 13 of them going to the night portion, much to their dismay. Just to add to the drama, the ghost of Alayah came stomping up the stairs and into the group date causing everyone to become shooketh to the core. What is with these girls and not being able to pronounce simple words?

You could tell Alayah was on a mission to find Peter and clear her name once and for all. She revealed the fact that her and Victoria P.’s relationship may have been more extensive than what Victoria P. had led on.

We may never know, but what we do know now is that Peter is starting to question Victoria P.’s character and probably starting to question if he is doing the right thing. In the end, he asked her to come back and gave her the group date rose, which she wasn’t really ever on.

Anyways.. welcome back Alayah. The drama has risen from the dead.

Sip Your Rosé: The Drama Queen Turned Down to Earth?

Hold up… did Peter just say Kelsey is down to earth and no drama on their date? He must not remember #champagnegate??

They had a nice drama-free date where she talked about her past and how she became who she is today. After their date, my mind is beginning to come around about Kelsey. In most previous seasons, the person you think is going to be the villain in the beginning usually isn’t. There wasn’t too much to report on or sip rosé.

A new drinking game came out of this episode: take a sip of your rosé every time they try to hype up the city of Cleveland. I will say, Peter, made a HUGE mistake in bringing Alayah back because at the end of this episode her true colors came out in the form of many eye rolls. The girls were not pleased by his actions and let it all out at the cocktail party, leaving Peter in a sticky situation. I’m a huge Peter fan, so this was very hard to watch, even though I could see where the girls were coming from.

All in all, my final thoughts of the episode: The producers are very good at their jobs, Peter is not good at basketball, Alayah is the worst, Tammy and Madison are still the best, and this is the season of TEARS.